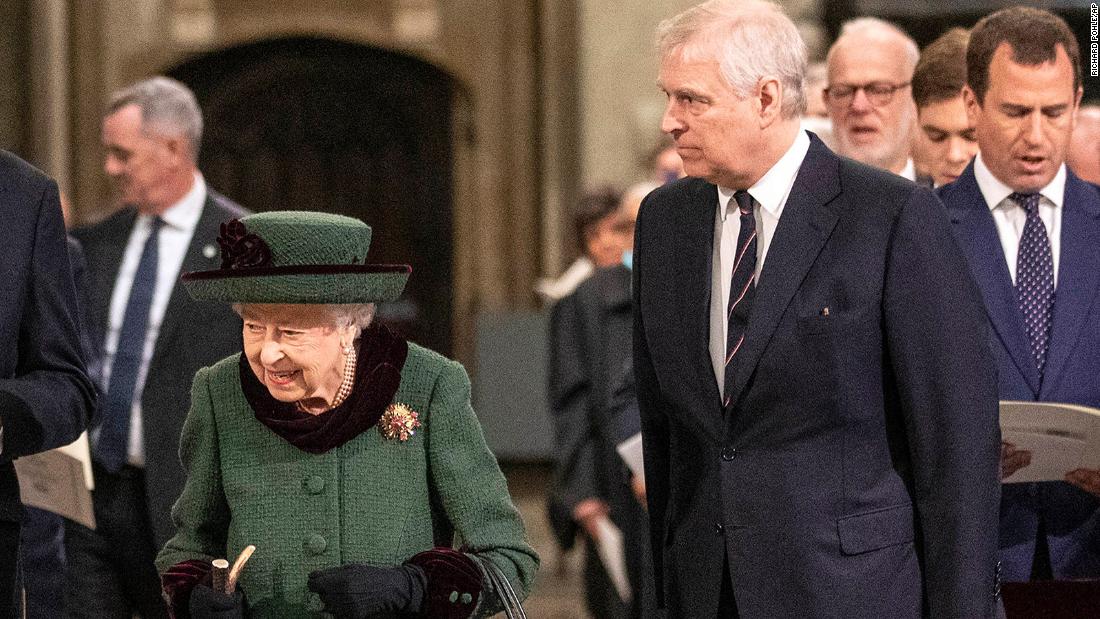 The latest damning judgment against the Queen’s second son was delivered by councilors for the city of York in northern England, who voted unanimously on Wednesday to strip the prince of his citizenship.

The honor was bestowed on him in 1987, and its removal sends a strong message that Andrew, the Duke of York, is undesirable in the place from which he derives his royal title.

This decision was supported by parties from all political persuasions. The council’s largest group, the Liberal Democrats, said in a statement: “We have made it clear that it is not appropriate for Prince Andrew to represent York and its people. Removing this title sends the right message that us as a city stand with victims of abuse.”

Despite the conclusion of the civil case, Andrew’s long association with Epstein has ruined his reputation as a senior royal.

York councilor Darryl Smalley said the logical next step “would be for Prince Andrew to do the right thing and renounce his title as Duke of York”.

This title was a wedding gift from the Queen, and it would take a vote in the British Parliament to have it revoked. No one has tabled such a motion – yet. But if they do, and it passes, Elizabeth should sign it into law in her role as head of state. It would be the ultimate indignity for the prince, who has already had to agree to stop using the title ‘His Royal Highness’ after being stripped of his royal duties and patronages by his mother.

It may not come to that point. York Central MP Rachael Maskell suggested Andrew could voluntarily relinquish his title.

There is no suggestion from Prince Andrew that he plans to do so. If he did, his last remaining title would be “Prince”, which is a birthright for any son of the monarch. Again, an Act of Parliament would be required to remove it.

Andrew was stripped of his military titles and charitable sponsorships in February. A royal source told CNN at the time that he would no longer use the “His Royal Highness” style in an official capacity, adding that the decision had been “widely discussed” within the royal family.

Neither Buckingham Palace nor Andrew’s personal spokesperson had a comment on the council’s vote in York, but the fact that the prince continues to make headlines ahead of Platinum Jubilee celebrations of the queen in June will be frustrating for those involved in the construction.

And it remains to be seen whether the royal family is inclined to give in to pressure against Andrew, or to take the opposite path by trying to gradually reintroduce him into public life.

Although he no longer has an official role, he is still part of the family. That’s why we saw Andrew at Prince Philip’s memorial service, which was televised but was primarily a family event. Eyebrows were raised as Andrew emerged, walking his mother down the aisle to her seat – a reminder that public anger will not dictate every decision made by the palace.

The family will now wonder if or how to fit Andrew into the Jubilee events. Current thinking is that he won’t be involved in the more formal and official proceedings, but we may see him when the family make their traditional appearance on the balcony of Buckingham Palace.

Another tough royal tour in the Caribbean.

Prince Edward and Sophie, Countess of Wessex have become the second royal couple in weeks to face tough questions about the monarchy’s place in the world while touring the Caribbean.

Antigua and Barbuda’s prime minister told the couple the nation wants ‘one day to become a republic’ during a face-to-face meeting on Monday, months after Barbados took the plunge and severed ties official with the Queen.

Edward, Queen Elizabeth’s youngest child, laughed nervously in response to the comments, according to British news agency PA Media, which was on the trip.

Prime Minister Gaston Browne also raised the issue of compensation for slavery, an issue that has come up frequently during protests in recent months.

Edward and Sophie faced small but consistent protests on the sidelines of their official engagements on the multinational tour. In Saint Lucia, a small group of activists picketed a royal walkabout. A protester told the Palestinian Authority: “We want reparations now. The Queen of England must apologize for slavery.”

The couple have already canceled a leg of their tour at the last minute, announcing abruptly last week that they would not be visiting Grenada. No reason was given for the postponement.

Royal tours have long attracted activists, but the tone of these protests has changed in recent months as the concept of republicanism has entered the realm of reality in some countries.

It would once have been extraordinary for a Commonwealth leader to tell members of the royal family, in front of the press, that they want to leave the monarchy. But Edward and Sophie had to expect trouble to arise this time around.

Their trip follows a disastrous Caribbean tour by Prince William and Catherine, Duchess of Cambridge in March. That visit was derailed by large protests and awkward photo ops by the couple. Although the Wessex visit did not cause the same backlash, it does show the complex concerns members of the Royal Family have to deal with when visiting the Commonwealth.
The royal family’s ties to slavery date back to the 16th century. Queen Elizabeth I provided slave trader John Hawkins with his own ship “specifically for the purpose of capturing Africans on the West African coast”, according to an article from the UK National Archives. Later members of the royal family invested heavily in the slave trade, and many large stately homes in Britain today were built on the profits of slavery and colonial exploitation.

Prince William broached the subject during his March trip, discussing Britain’s historic role in slavery in his only speech during the couple’s stop in Jamaica, denouncing the ‘abhorrent’ practice and expressing his “deep sadness”.

But some protesters are demanding a more concrete response, such as a formal apology from the royal family or reparations payments to affected countries.

In parts of the Commonwealth, the legacy of slavery remains prominent, and as these issues persist, the global reach of the monarchy could recede further.

The Queen is back in Windsor.

Elizabeth II was in high spirits as she returned to Windsor Castle after a week’s break at her Sandringham estate. The Queen met the Swiss President on Thursday and could attend the official opening of Parliament in two weeks, ahead of her Jubilee celebrations in early June. Observers will be relieved to see her back at work. For the past few months the Queen has suffered from Covid and has been forced to withdraw from Easter services due to mobility issues.

“You are amazing, but it can’t be easy.” That’s what Prince Charles told BBC reporters Lyse Doucet and Clive Myrie, who spent several weeks in Ukraine covering the Russian invasion, as they visited the broadcaster’s London headquarters on Thursday. He was there to toast the BBC World Service’s 90th anniversary and praised journalists for delivering the ‘unbiased truth’ from the conflict zones. “It takes a lot of courage,” he added when speaking with Doucet. The future of the BBC, and in particular its global output, has been in question since the UK government cut funding to the network in January.

Ed Sheeran and corgi puppets sign up to cheer on the Queen.

Details are emerging about the public festival which will mark the Queen’s Platinum Jubilee in June – and it looks like an eclectic spectacle. A musical tribute by Ed Sheeran will be part of the £15million platinum jubilee competition, it was confirmed on Tuesday. A group of corgi puppets will also take center stage, in what organizers say will be a scene of “humorous mayhem” on The Mall outside Buckingham Palace. Other highlights include singer Cliff Richard, an aerial performer suspended beneath a giant helium balloon, a group of maypole dancers and a moving wedding cake that will play Bollywood hits. We will reserve judgment until the big day.

PICTURE OF THE WEEK

Breaking news: Prince Charles and Camilla try their hand at broadcasting from the BBC News set in London. Charles said he had seen reporters “shivering on the rooftops” while reporting from Ukraine.

“We stand up for those who need to be defended. Service and sacrifice are in our blood and never forget that.”

Prince Harry gave a powerful speech to the competitors to close the Invictus Games in the Netherlands. The tournament he founded was twice postponed due to the pandemic and finally held its fifth edition this month in The Hague.