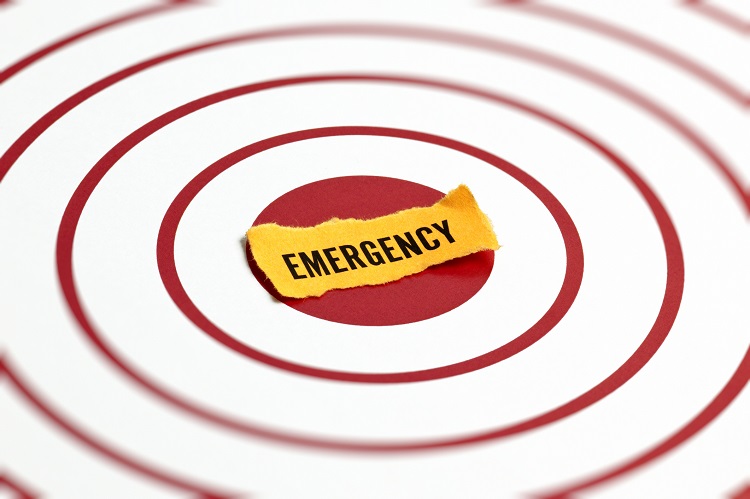 The FCC recently asked EAS stakeholders to consider what the future of emergency warning in the United States might look like and how to plan a path forward.

The feedback collected covers a lot of ground, but one thing is clear: there is new digital technology to consider, but the reliability of legacy EAS and the structure provided by broadcasters and TV broadcasters should not be underestimated. estimated, commentators say.

The FCC is reviewing correspondence from its EAS Notice of Investigation (NOI) issued last fall in hopes of finding ways to enable greater functionality and accessibility. The notice of intent was part of a larger commission proceeding that focused on ways to improve the visual appeal of EAS, which is expected to primarily impact broadcasters.

The advisory also reflected the need to redesign the old EAS system and perhaps have broadcasters rely solely on the Common Alerting Protocol (CAP) to receive and relay emergency messages. The current EAS system consists of a legacy broadcast infrastructure and an Internet-based CAP, which allows for better visual messaging. And the FCC has already expressed interest in leveraging (CAP) to make meaningful improvements.

In the NOI, the FCC asked: If the legacy EAS cannot be reasonably modified to allow alerting issuers to distribute text and transcribe a two-minute audio message, should the legacy EAS architecture be completely redesigned?

Legacy EAS uses AFSK modulation to convert data into audible tones – is the 30 seconds of tone it would take to match text to 2:00 of audio too much?

The FCC asked, rather than focusing on ways to modify EAS to relay text or CAP, would it make sense to use legacy EAS only for Emergency Action Notification (EAN) and NPT, but require the use of CAP for all other alerts?

Most of the comments received were about the difficulties of upgrading Legacy EAS – the text was never part of Legacy EAS and does not have the capabilities of CAP – but still concludes that Legacy EAS is the ultimate fallback solution when other communication infrastructures fail.

Xperi told the FCC that it believes the company’s HD Radio platform should be a central part of any plan to improve EAS in this country.

Xperi emphasizes that broadcast radio is not subject to network congestion delays and outages imposed by natural disasters on LTE and 5G cellular networks. The company estimates that HD Radio Emergency Alert is already used by more than 321 radio stations in the United States. And there’s a visual component to emergency messaging on HD Radio.

“HD Radio services today support the transmission of text and images. Although the images are low resolution (200px x 200px), that would be sufficient to send hazard symbol images to all radios equipped with HD Radio Artist Experience,” he told the FCC. “For HD Radio products, the visual text message can be embedded into standard program fields as emergency alert message text for contextual display.”

Xperi, which conducted secondary testing for HD Radio in August 2021 when the commission and FEMA jointly coordinated a nationwide test of the IPAWS network, is also developing service validation protocols to address the potential for EAS message spoofing. . The tech company says it listens to automakers’ concerns about “potential cybersecurity vulnerabilities” that bad actors could exploit to compromise vehicle computers and other critical subsystems.

Other stakeholders who responded to the FCC’s NOI include the National Weather Service (NWS), which asked the FCC to continue developing the emergency alert. “While Emergency Action Notification (EAN) is to remain in its current form, evolution and improvements should be continued for the delivery of national and local (non-EAN) alerts,” NWS wrote in its comments. . “If EAS is intended to convey alert information beyond presidential alerts, then EAS needs to be redesigned and redesigned.”

Digital Alert Systems (DAS), which manufactures EAS equipment, said many of the FCC’s forward-thinking accessibility goals of relaying visual information to match audio components can primarily be met with the requirement to broadcasters’ EAS equipment to immediately query its message-configured CAP server. However, he cautions that in the future, relying solely on CAP dissemination would present significant risks.

“The EAS broadcast network provides an essential level of resiliency for times when internet broadcast of CAP messages is inhibited by regional, local or last-mile outages. In short, our recommendation is that the public warning architecture can be “IP first,” but should not be “IP only,” DAS said.

Another EAS player, equipment maker Sage Alerting Systems, is urging the FCC to adopt a centralized text-to-speech engine in the future.

“If the sender does not provide audio with their CAP message, each EAS participant must provide their own. Text-to-speech is provided in most EAS devices, but quality depends on lexicon setting, especially for names and local location abbreviations A centralized TTS engine, publishing TTS audio to a server, supported by a government agency, will provide a significant improvement to CAP audio when audio is not provided by the author,” Sage told the FCC.

Responses to comments on the EAS Notice of Investigation are due May 10. You can file comments with the FCC and read the others here, enter 15-94 in the “Specify procedure” field.

Randy J. Stine has spent the past 40 years working in audio production and broadcasting news on radio. He joined Radio World in 1997 and covers new technologies and regulatory issues. He holds a bachelor’s degree in journalism from Michigan State University.

For more stories like this, and to keep up to date with all our news, features, and analysis, sign up for our newsletter here.