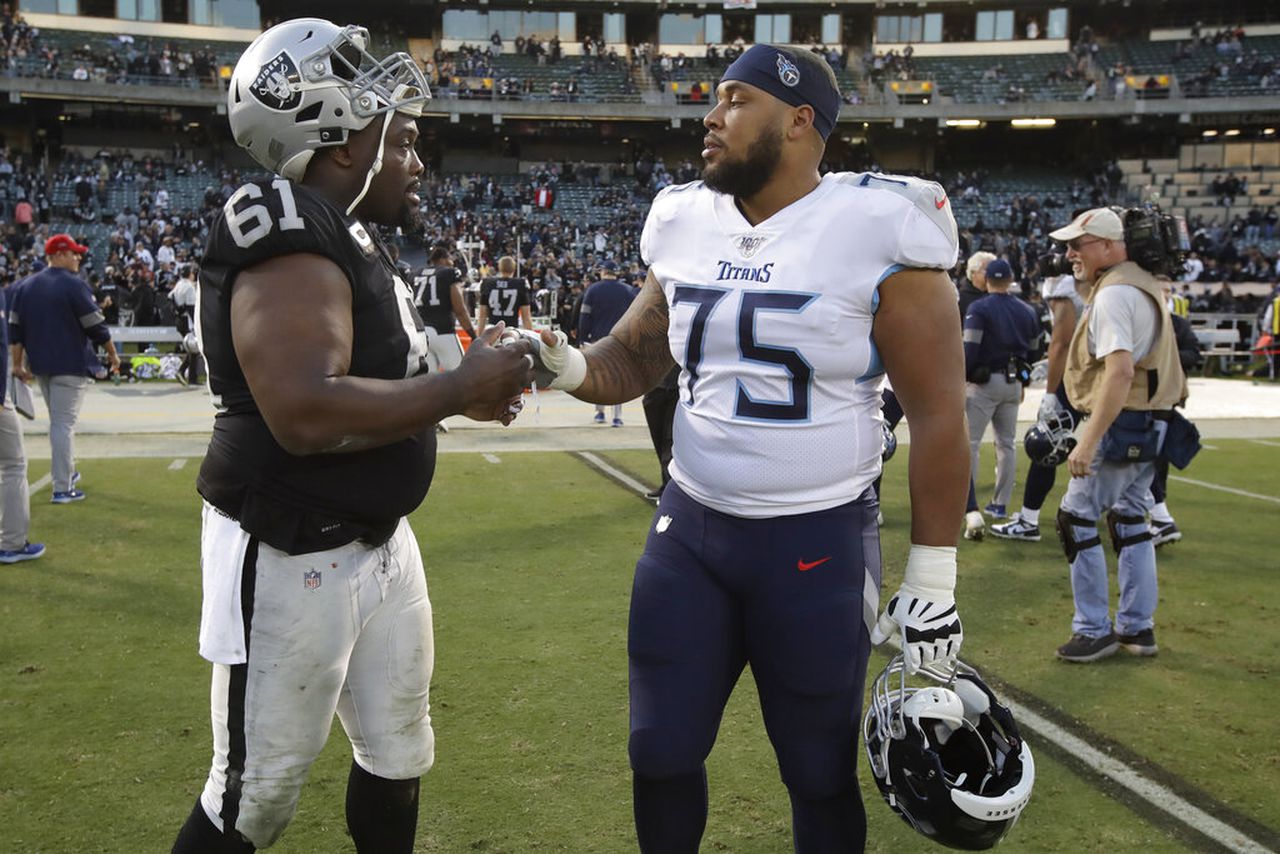 They added one more to the roster on Friday: offensive lineman Jamil Douglas, who signed a one-year contract with the Giants on Friday, by ESPN.

The Giants need depth on the offensive line, especially at guard, so bringing Douglas â€” who is likely signing for veteran minimum wage â€” into the fold makes sense. Douglas, 30, has spent most of the 2021 season on the Bills’ practice squad, although he was called up for a game in November. When the Bills cut him in December, Washington took Douglas off waivers and played him on special teams for three games.

Now he is reunited with Daboll, Johnson and Feliciano, who tweeted about signing Friday.

Douglas, a fourth-round pick of the Arizona State Dolphins in 2015, has rebounded in the league and mostly spent time as a backup. He was released in his second season with the Dolphins, spent most of 2017 on the Falcons practice squad and was on the Colts practice squad for a week in 2018 before signing with the Titans practice squad.

In 2019, he played 15 games for Tennessee and started five games, mostly at right guard, although he also got snaps at center and left guard. He hasn’t started a game since. Pro Football Focus allowed Douglas to allow three sacks in 238 pass blocking snaps in 2019 and rated him poorly (45.3) as a pass blocker.

The Giants lack experience on their offensive line, so Douglas will have a chance to make the roster, if not the practice squad. The Giants signed Feliciano to start at center and Mark Glowinski (of the Colts) to start at right guard. They also signed Matt Gono, who has some experience at guard but is more likely to play a swing tackle role.

Shane Lemieux, Nick Gates and Ben Bredeson are the other current options at guards and current candidates to start at left guard until â€” or unless â€” the Giants find a better option in the NFL Draft. Lemieux is coming off a knee injury that cost him all but one game last season, and he’s struggled as a starter in 2020. Gates suffered a horrific leg injury in 2021 and may not be ready to play this season. And Bredeson, acquired in a trade with the Ravens before the season, played eight games (one start) and didn’t really impress.

Douglas probably won’t be pushing for a starting job, but he can at least find a job as a back-up.

Please sign up now and support the local journalism YOU rely on and trust.

Zack Rosenblatt can be reached at [email protected].