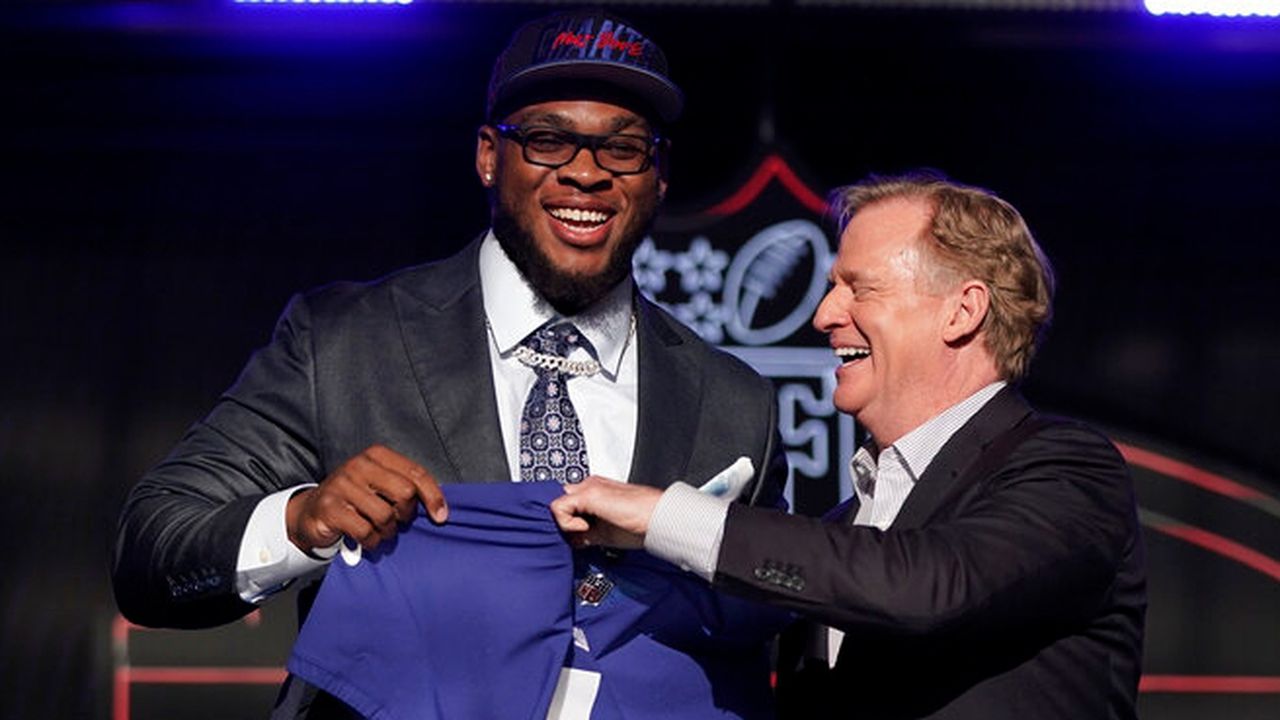 Every time Joe Schoen has met with the media since being hired as the Giants’ general manager in January, he’s been asked questions about the offensive line. Each time, he was sure to temper expectations â€“ a far cry from his predecessor.

When Dave Gettleman was hired in 2018, he promised to fix the offensive line, a group of positions that have been mostly terrible for the Giants since winning the Super Bowl in 2011. It only got worse. under Gettleman, and by the time he left after the 2021 season, he had hit a low point. Pro Football Focus ranked the Giants 30th in pass blocking in 2021 and 32nd in 2020. They’ve allowed 88 combined sacks over the past two seasons.

Schoen won’t make any bold statements like Gettleman did. Instead, he just worked to make it better. To quote Gettleman: â€œRome wasn’t built in a day, my dear. So Schoen took a lot swings this offseason to remedy this. Rest assured: the offensive line starting in Week 1 will be very different from what it was at any time last season.

“I told you guys at the Combine, we had maybe five healthy offensive linemen on the roster,” Schoen said Saturday. “There were several holes.”

Will it get better?

In free agency, Schoen signed six veteran offensive linemen, all but one with starting experience. Mark Glowinski (74 career starts) is locked in as the new right guard. Jon Feliciano (39 starts) followed Schoen and Bills coach Brian Daboll â€“ he’ll start at center. Veterans Max Garcia (52 starts) and Jamil Douglas (11 starts) will compete at left guard. Matt Gono (four starts) will be the swing tackle replacement. Roy Mbaeteka, a tackle, has never even played football, and is more of a project

The most impactful move came in the NFL Draft, when Alabama tackle Evan Neal â€“ once considered a No. 1 overall pick candidate â€“ fell to the Giants’ second-round pick, seventh. in total. He’s locked in as the Giants’ right tackle, the best hope of securing a spot on the O-Line that has long been problematic – especially with Solder in 2021.

The other two rookies came from North Carolina: guard Joshua Ezeudu in the third round and Marcus McKethan in the fifth.

In total, Schoen added eight notable new offensive linemen this offseason. And that’s not even factoring in the comebacks: talented left tackle Andrew Thomas, as well as fellow 2020 draft picks Shane Lemieux and Matt Peart, both seriously injured. Other notables include Ben Bredeson, acquired in a trade last year, and Nick Gates, who may not be ready to play in 2022 after breaking his leg last year.

When the Giants take to the field for the upcoming OTA and minicamp, Daboll and offensive line coach Bobby Johnson certainly have a lot to figure out.

â€œThere are going to be a lot of guys mixing and matching,â€ Daboll said. “You can write the lineup every day, but it’s going to change from day to day.”

After the Giants drafted Neal on Thursday, Schoen was asked bluntly: Is the offensive line set?

“We haven’t been in the pads yet,” Schoen said.

“I hope so, but again there will be competition in every position, and I feel like we’ve improved it,” Schoen said. â€œAll of a sudden, I think we could potentially operate from a position of strength in this position.â€

Offensive line? A position of strength?

Please sign up now and support the local journalism YOU rely on and trust.

Zack Rosenblatt can be reached at [email protected].