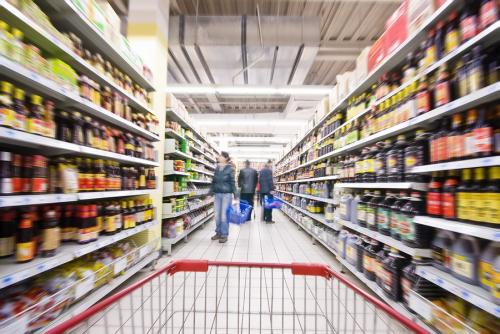 WHAT YOU NEED TO KNOW IN A MINUTE OR LESS

In a minute or less, here’s what you need to know about the National Bioengineered Food Disclosure Standard (NBFDS or Standard) and the implications of these new federal regulations.

What are bio-engineered foods?

The NBFDS defines bioengineered foods as those that contain detectable genetic material that has been modified by certain laboratory techniques and cannot be created by conventional breeding or found in nature.

To help regulated entities decide whether to make a disclosure, the United States Department of Agriculture (USDA) has developed a non-exhaustive “List of Bioengineered Foods”, which includes familiar foods such as as corn, canola and cotton. However, even if a food or ingredient is not on the list, disclosure is still required if the manufacturer actually knows the food is bioengineered.

Who does the SNBFD apply to?

The standard applies to food manufacturers, importers and retailers who package and label food for retail or bulk sale. Certain foods and entities are exempt from the disclosure requirement: (i) restaurants and similar retail establishments; (ii) very small food industries (less than $2,500,000 in annual revenue); (iii) a food in which no ingredient intentionally contains a bioengineered substance, with a tolerance for the accidental or technically unavoidable presence of bioengineered material of up to 5% for each ingredient; and (iv) foods certified under the National Organic Program.

What are the main tasks?

The standard requires regulated entities to ensure that foods derived from biotechnology are disclosed appropriately. There are four types of bioengineered food disclosures: labeling text, symbol, electronic/digital link or quick response code, or text messaging phone number, each with their own specific requirements.

Regulated entities must keep records for at least two years after the date of sale or distribution. The Standard requires records to be kept if an entity’s food or ingredient is on the “List of Foods Derived from Biotechnology” or if the entity actually knows that the food is derived from biotechnology.

Enforcement measures for failure to disclose

The USDA has limited enforcement power against regulated entities that do not meet the standard. It does not have the authority to issue a recall or impose civil penalties or damages. It can, however, investigate complaints of non-compliance, audit a manufacturer’s records and publish its findings. The standard allows anyone who suspects a violation of the standard to file a complaint with the USDA.

Although the Standard prevents states from establishing conflicting disclosure laws for bioengineered foods, states may enact identical bioengineered food disclosure laws that impose liquidated damages and injunctive relief – remedies that are not otherwise available under the NBFDS. In fact, the standard’s pre-emption provision expressly states that it does not prejudge “any remedy created by state or federal statutory or common law.” 7 USC § 1639j.

Although the Standard does not provide an independent private right of action, companies that fail to comply with the Standard still face compliance risk from the threat of private action under state laws that adopt the Standard, as well as the consumer protection and misleading advertising laws described below.

In addition to enforcement actions at the USDA, regulated entities that fail to comply with the standard can expect to be the target of lawsuits for misleading advertising. Plaintiffs’ counsel will argue that the failure to disclose the presence of bioengineered foods when required to do so is misleading to consumers, and that if the consumer had known the product was bioengineering, he wouldn’t have bought the product.

Although the NBFDS does not prohibit manufacturers from making claims about the absence of bioengineered foods (i.e. “non-bioengineered”), manufacturers who make such claims are nonetheless subject to prosecution for false advertising if the product contains genetically modified materials. In fact, courts have allowed similar lawsuits against manufacturers whose labels state “non-GMO” or “non-GMO” when the products actually contain ingredients derived from GM crops or animals raised with GM foods. .

An entity that fails to comply with the NBFDS can also expect to be sued by competitors under the Lanham Act or other state unfair competition laws for misrepresenting the nature and quality of the product in its advertising.

We anticipate the new standard will usher in a new wave of false advertising and unfair competition lawsuits.