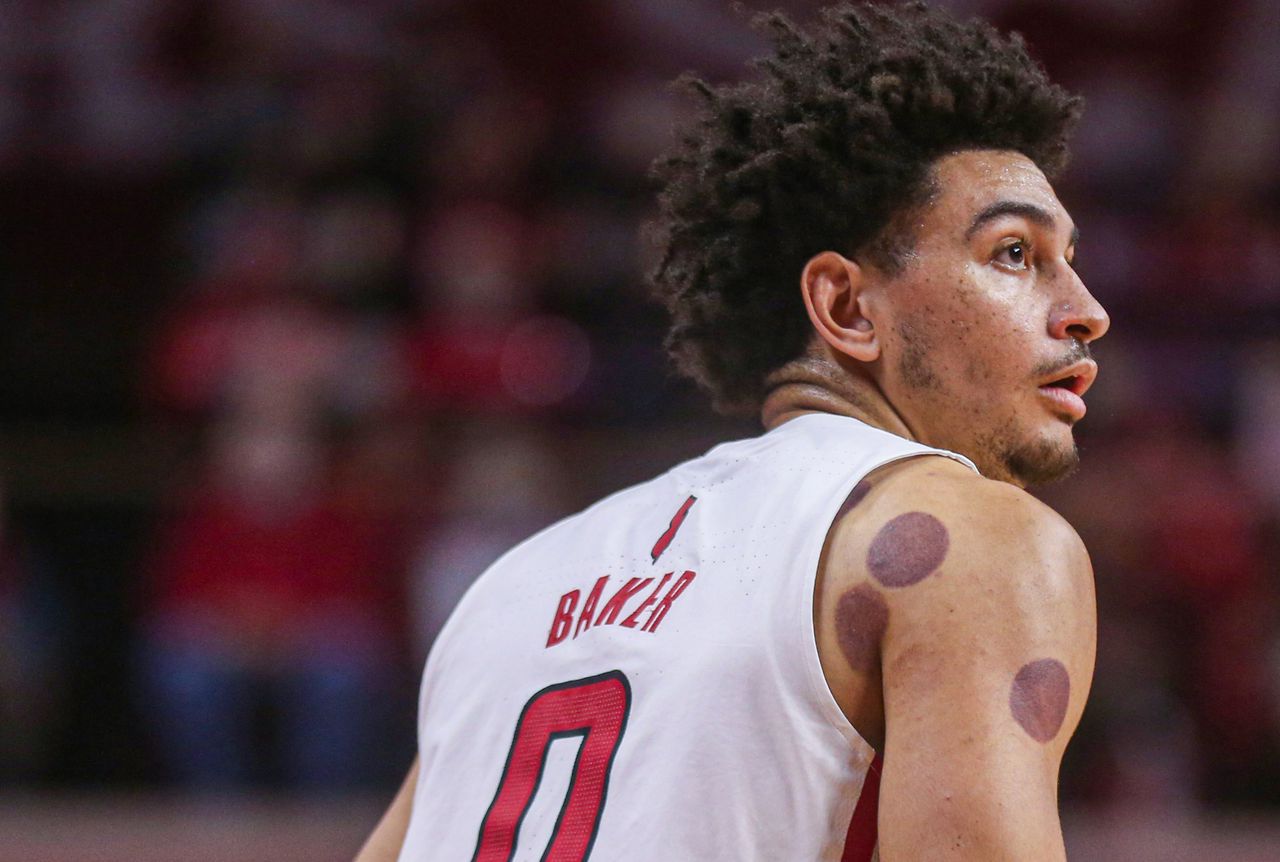 Rutgers goaltender Geo Baker will miss the Scarlet Knights road game against UMass on Saturday due to a hamstring injury he sustained in Monday’s loss to Lafayette, the school said.

It’s unclear how long Baker, who was on the pre-contest playing time decisions list, will be missing due to the injury.

He appeared to have suffered the injury with just over eight minutes left in Rutgers’ 53-51 loss to the Leopards, when he suddenly hit his right hamstring during defensive possession.

Baker emptied the rest of the possession and made his way to the offensive end of the field before approaching head coach Steve Pikiell and a nearby official with his hand gripping the back of his right leg. The referee did not stop play, allowing Rutgers goalkeeper Paul Mulcahy to convert a layup. It wasn’t until then that the official blew his whistle so Baker could be treated by head coach Richard Campbell, who led him to the Scarlet Knights locker room.

Baker would not return in the game.

Pikiell said in his post-match press conference that he did not know the extent of Baker’s injury, but the fact that he was immediately ruled out is not a good sign.

“He couldn’t play,” Pikiell said. “They came as soon as he left and said he was done. It’s not like Geo. He played in every game until the end, but when he says he can’t play, then he’s hurt.

Baker was back on the pitch in a grim Rutgers alma mater game after the loss and appeared to be walking without the limp he had when he left the pitch as he greeted the fans remaining in the section student, which was a positive sign but gave little indication of her ability to play basketball at full speed.

Baker had four days off before the Scarlet Knights’ trip to Amherst, and although he traveled with the team to Amherst, he was unable to recover in time.

This is the third time in as many seasons that Baker has been forced to run out of time due to injury.

Last season, a sprained ankle he sustained in a season opener over Sacred Heart kept him from playing for three games. In 2019, a broken thumb suffered in training kept him out for three games.

Baker had a poor performance against Lafayette on Monday (3 points on 1/7 shooting, one assist, two turnovers in 26 minutes), continuing his struggles at the start of the season. Apart from a few late heroisms against Lehigh, a strong second half against Merrimack and a career outing against NJIT, the fifth-year senior performed below his standards at a time when Rutgers desperately needed help. him to go beyond.

Rutgers are 3-2 after suffering back-to-back losses to Lafayette on Monday and Big East basement resident DePaul last week, a disappointing start to a season full of promise.

Thank you for relying on us to provide journalism you can trust.