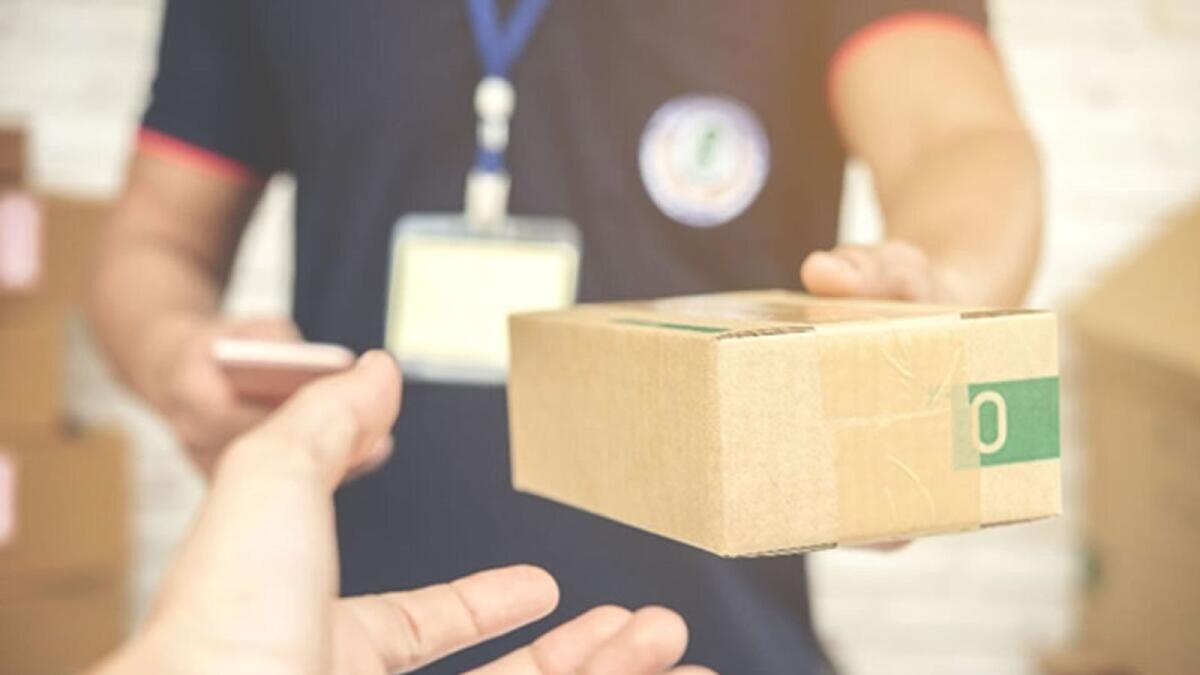 Residents of all the emirates have raised concerns about receiving fake text messages or emails from scammers asking them to pay Dh4 to claim a parcel.

Fraudsters use the names and logos of well-known courier companies to avoid raising suspicion. According to police reports in various emirates, many people fell victim to this fraud, which drained money from their bank accounts.

Fahad Rashid Al Ameri, who received the fake text multiple times, said the scam would only be tackled through awareness campaigns run by the police to educate community members about the dangers of responding to such messages. , which aim to capture bank data.

Since the scammers pose as established messaging companies, Al Ameri said victims may unknowingly reply to their text, especially since they are only asked to pay a small amount, including between Dh4 and Dh12.

Mohamed Zakir, another resident, said people can click on the attached link, complete the payment process and later find out that their bank details have been stolen. This phishing method is based on the idea that the victim will think that a family member has requested the shipment and will make payment to the fake courier company.

Zakir stressed that individuals should investigate the accuracy of the information contained in these messages and ensure their authenticity before clicking on fake links.

Aisha Al Shamsi said her aunt was defrauded and Dh10,000 was withdrawn from her bank account. She filed a complaint at the police station. Al Shamsi said awareness campaigns are the most effective way to deal with the danger of wire fraud gangs.

The rise of phishing

Since the Covid-19 pandemic, more and more customers are buying online instead of going to stores and malls. This is one of the main reasons why such phishing cases are on the rise, said a Dubai Police cybersecurity expert.

Most scammers send emails and text messages pretending to be reputable sources or companies. In the case of the email scam, the link in the email leads to a fake webpage designed to look like an official company website.

Customers are then tricked into entering sensitive information, such as bank details, credit card numbers and CVV codes, to pay fraudulent delivery charges. However, a delivery never takes place. Instead, phishers use the captured information to harvest personal data and withdraw money from victims’ bank accounts or make expensive purchases.

The manager urged community members to remain vigilant and watch out for linguistic errors in the body of the message or impersonal statements, such as “Dear Sir/Dear Madam”, as these may indicate that the sender is looking for to steal information.

Anyone who encounters fake websites or receives notification of an unexpected delivery should report it to the police.

Major General Saif Al Zeri Al Shamsi, Commander-in-Chief of Sharjah Police, warned of other methods linked to email fraud, where after customers click on a link and enter data from the card, a fake one-time password is generated. If victims don’t realize it’s not from their bank, the fraudster can use the information to complete the purchase transaction.

How to protect yourself from scams

1. Do not click on links in emails or text messages without ensuring they are legitimate.

2. Make sure a family member is waiting for a shipment to arrive.

4. Make sure the email addresses are legitimate. Fake ones are often very similar to the original address.

6. Carefully read the one-time password messages sent by the bank.

7. Ignore online promotions that seem too good to be true.

Sharjah Police will continue to educate the public about online scams to keep the public informed about new scam methods.